Music icon Okyeame Kwame says he broke down into tears when his colleague Obuor lost his parliamentary primaries in the New Patriotic Party contest in June.

According to him, Obuor would have been a good representative for his people in parliament because he is selfless.

“I cried when Obuor lost his primaries. He is the most selfless human being I know and I know he would have been an amazing MP for the people. I have confidence he will succeed in future,”  the Faithful hitmaker told Bola Ray on Starr Chat Wednesday.

He also revealed going into politics has crossed his mind in recent times.

“Going into politics has crossed my mind 50% of the time. My wife says I don’t have the heart for politics but I don’t think I should have the heart before I get into it”. 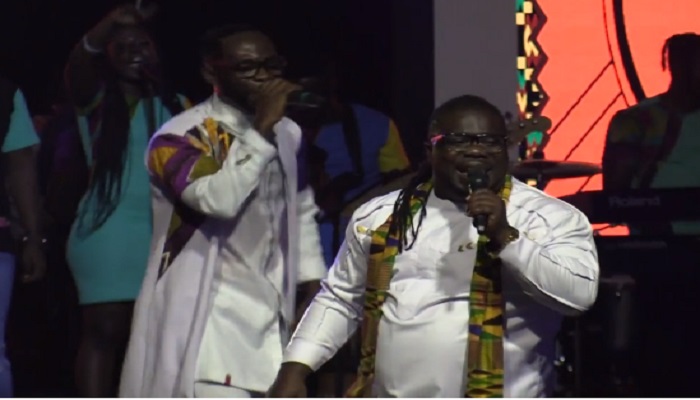 Obour, who was bidding to represent the New Patriotic Party (NPP) in the Asante Akyem South constituency in the Ashanti Region, lost in the primary held on Saturday, June 20.

Obour revealed his intentions to run for Parliament last year and had taken steps towards that by initiating a number of development projects in the Asante Akyem constituency.

His bid was not without controversy as a number of musicians including D Black and Criss Waddle asked delegates not to vote for him because he was inefficient and corrupt while NPP executives in the constituency were divided.

Is NABCO extending the Career Pathways Registration or not? This is...

Seven reasons why Ghanaians will be worse off under 2021 budget...

Concentrate on your marriage and cheating husband – Mona Gucci opens...