The Police Service has announced 6000 security officials will be deployed for the inauguration of President-elect  Akufo-Addo on Thursday.

The security personnel will include officers of the Ghana Armed Forces, a statement by the Police service said.

The statement added all VVIPs will be provided with close protection and COVID-19 protocols will be observed.

“All VVIPs would be offered close protection as appropriate. The entire State House Complex; Accra International Conference Centre; Accra Sports Stadium and the Black Star Square would also be secured and patrolled by security personnel 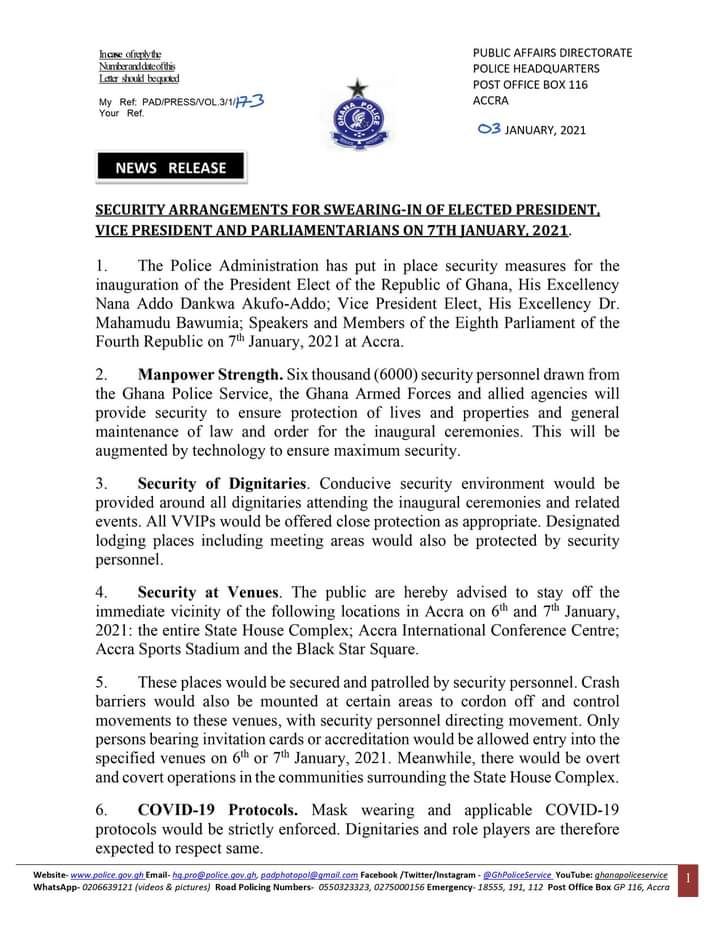 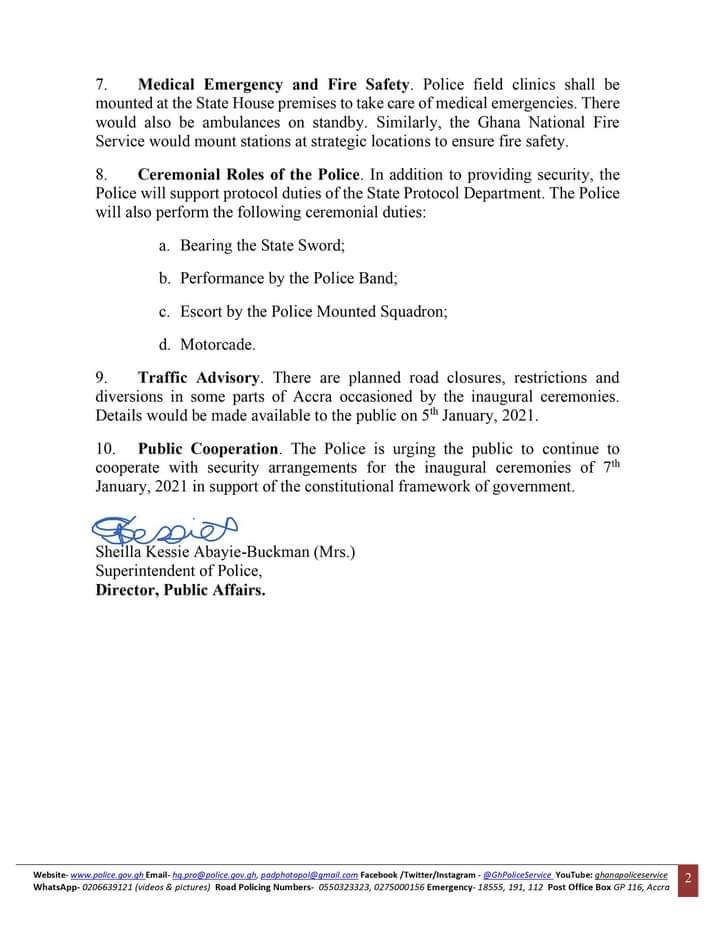 Akufo-Addo Names Members Of The Council Of State

Armed police, soldiers to be deployed on streets of Kumasi and...

SSNIT pays over GH¢2.7 billion to beneficiaries this year

How Ursula Owusu ended up on Akandoh’s laps in Parliament

Deal with wastage to raise revenue, not taxes – Ayariga to...