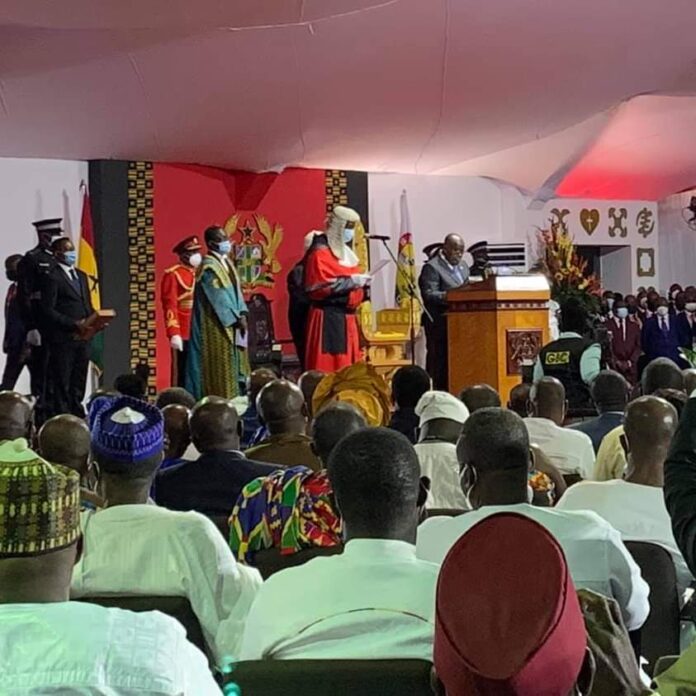 President Nana Addo Dankwa Akufo-Addo has been sworn in as President of the 4th Republic of Ghana on January 7, 2020.

President Akufo-Addo who has been re-elected for a second term took the oath of office at a colorful ceremony in Parliament.

“I Nana Addo-Dankwa Akufo-Addo do in the name of the almighty swear that I’ll bear true faith and allegiance. I’ll uphold, protect, preserve the sovereignty of Ghana,” he stated while being sworn in by Chief justice Kwasi Anin-Yeboah.

Akufo-Addo on the ticket of the New Patriotic Party (NPP) beat the National Democratic Congress (NDC’s) John Dramani Mahama in the 2020 Presidential polls held on December 7.

The verdict has since been contested by Mr. Mahama who argues that the party’s overwhelming evidence available makes it impossible for them to accept the results although some domestic and international observers have said the election was free and fair.

Fallen standard of training cause of indiscipline in military – VAG

‘Is it not a practice that if a judge is speaking...

Young politicians have a lot to learn from Kwabena Agyapong –...

“I was very disappointed in the result of the election in...