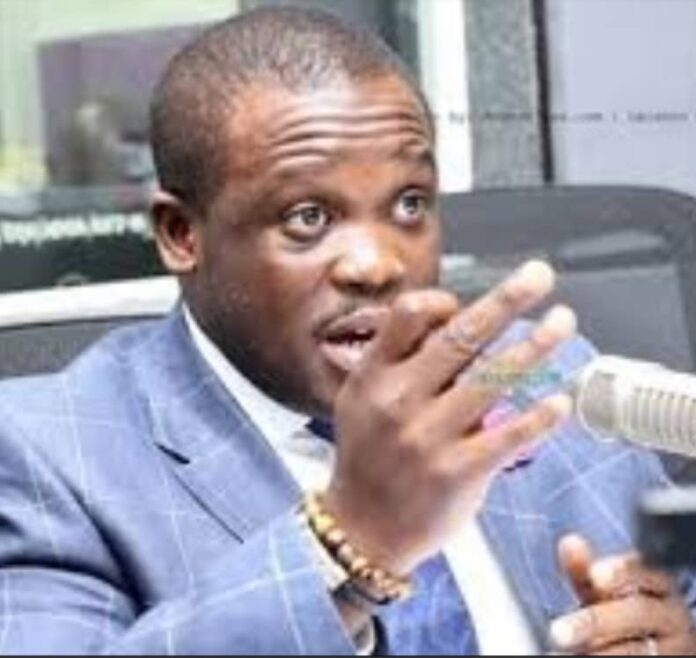 Samuel Nartey George, the Member of Parliament for Ningo-Prampram has taken on Gabby Asare Otchere-Darko over a publication he made on Facebook.

Gabby Otchere-Darko catalogued a number of things which he claims to be prophecies that will come to pass in 2021.

Point eight of Gabby’s twelve-point prophecy states that “there will be by-elections this year”.

Sam George who is lawmaker on the ticket of the National Democratic Congress has a bone to pick with the legal practitioner over this comment of his.

Sam George has questioned why a leading member of the ruling party will make such assertions.

He listed the conditions precedent for a by-election to be held and wondered if Gabby is predicting that an MP will suffer any of the conditions.

“I have just seen your so-called prophecies for 2021. I am shocked that even for someone like you, you stooped even lower than has come to be expected”.

“Can you explain for the understanding of Ghanaians the number 8 in your list? You claim there will be by-elections this year. Not one! You used plural. Except for medical incapacitation, criminal conviction, voluntary resignation or death, I wonder how else we can have these by-elections”.

Sam George charged the leadership to take up the issue and question Gabby as he doubts the National Bureau of Investigations (NBI) will act on it.

“If this was a ‘regular’ citizen, the National Investigation Bureau (formerly BNI) and the Ghana Police Service would have invited or arrested them by now but you are the all-powerful Cousin to the President. I hope the leadership of the Parliament of Ghana takes this up seriously”.

7 years after marriage, I was the one who got his...

No amount of Pressure will make government succumb to legalize LGBTQI–Sanusi...

Why can’t we improve upon what we do? Yaw Gyampo questioned