While out and about celebrating his birthday, Ghanaian dancer Incredible Zigi said he was arrested by officers of the Ghana Police Service.

Accrording to the dancer, he was arrested and handcuffed because of how he looks.

Hours before that, Incredible Zigi, who is spotting dreadlocks, had spent time with his friends to celebrate his birthday.

The alleged police profiling on the dancer based on his physical appearance is similar to what Nigerians are currently fighting for their police to stop doing in the End SARS protests.

When the police arrested Incredible Zigi near American House at East Legon, he shared posts on his Instagram account to inform his friends.

Incredible Zigi, whose real name is Michael Amofa, is credited to have created the popular Kupe Dance. 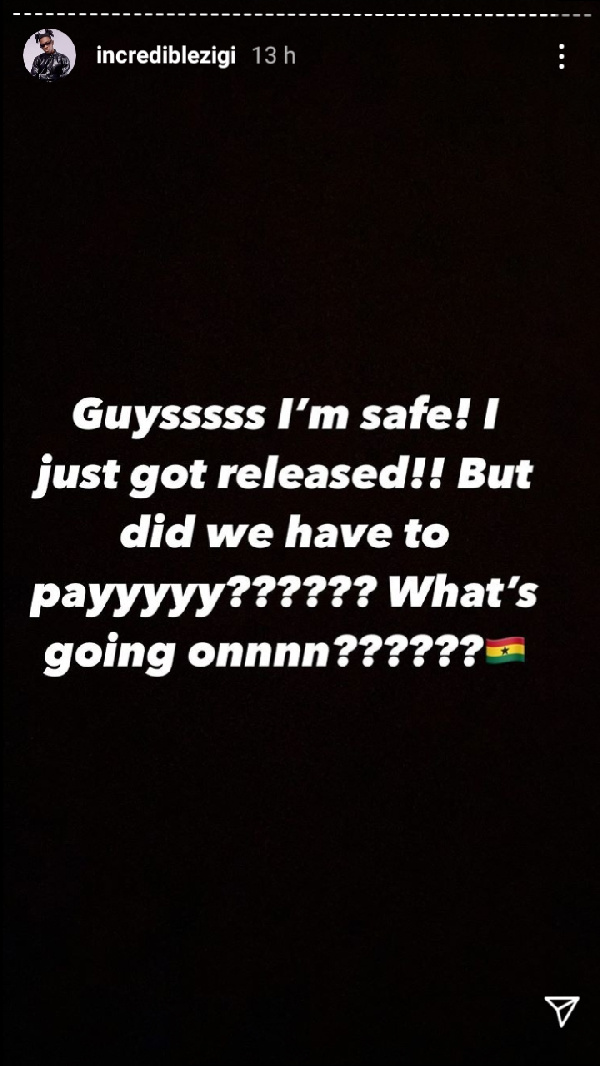 Some of those who claimed to be darling boys and girls...

Are we alone in the universe?

Bawku must give peace a chance – Moderator of the Presbyterian...

NABCO: Relieve all the trainees of their current duties and allow...

UER: Gabiana is back in good health