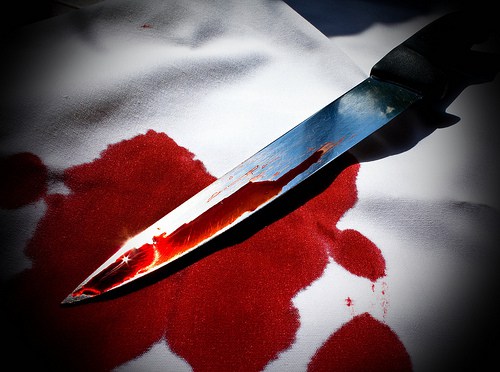 A 19-year-old girl has been arrested by Police at Akyem Edubiase in the Akyemansa District of the Eastern Region for allegedly slashing the throat of her newly born baby boy and dumping the body in a bush.

The suspect, identified as Patience alias Mummy said to be a teenage single mother with a five-year-old child claimed the baby was deformed -with some of his body parts looking like an animal.

“She is a single mother with a five-year-old child. She left the village to stay in Accra where she got pregnant again and recently came to her village Akyem Atenrom near Akyem Etwereso in Akyemansa District. When she came the family noticed she was pregnant but she denied it so on Friday dawn she entered into labour and delivered herself in a room” Frank Owusu, a witness narrated to Starr News

“She took the newborn baby into a nearby cocoa farm, slashed the throat with a kitchen knife and dumped him in the bush. The family became suspicious that the girl has delivered but the baby was missing. Elders in the community were informed and she was impressed upon to show the whereabouts of the baby but she refused compelling the youth of the community to mount a search which the lifeless body of the baby was discovered”

The body of the baby has been deposited at the hospital morgue while the suspect alleged to have mild mental illness assisting Police in an investigation.

No ministerial nominee will be rejected – Inusah Fuseini explains why

None payment of contractors could be a good reason for our...

My son not in private school; apologise or face court —Education...

E/R : Three students on motorbike crashed to death at Adeiso

Youth of Mamprusi and Kusasi in fresh press releases fight over...

Bawku: Our Armed Forces is contributing to atrocities by shooting and...

Bongo: If somebody got money and bought pito or beer for...