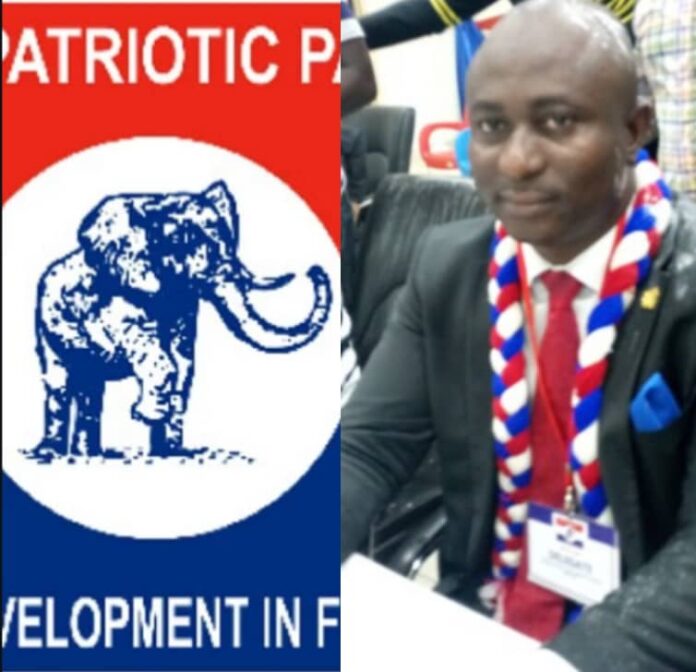 The Upper East Patriotic Movement for Growth, a group affiliated to the New Patriotic Party (NPP) in the Upper East Region has called for the immediate resignation of the Party’s Regional executives.

The call came on the backdrop of the Party’s performance in the just ended Presidential and Parliamentary elections which saw the NPP win only the Binduri Constituency seat out of the 15 Constituencies in the Region.

The NPP affiliate group made the call in a statement jointly signed by Mr  Ayuba Abubakari, the Convener and Mr Theophilus Abolga, its Secretary, and copied to apexnewsgh.com in Bolgatanga, the Upper East Regional capital.

The group in the statement noted that the aim of the Party was to massively win the 2020 Presidential and Parliamentary elections after it won power in the 2016 general elections and said “It was on this note that the NPP Upper East set up an ambitious plan to secure at least seven seats in the region.”

The statement indicated that even though the target set by the Regional executives of the Party was “A good mark of leadership exhibited by the Regional Executive, not everyone leading can achieve success.”

The group in the statement described the election of the Party’s Regional Executives led by Mr Anthony Namoo, the Regional Chairman, as joy and emphasized that “this team is the best on book that the Upper East NPP has ever assembled to lead its course.”

The statement further recalled that prior to the election of the Regional leaders, its former Regional Chairman, Alhaji Mohammed Murtala Ibrahim led his team from opposition to win three Parliamentary seats from an initial one before the 2016 elections.

“His team also increased the Presidential votes to about 35 percent. This was very commendable,” the statement added.

The statement said “Prior to the elections, we could see Regional Executives of our neighbours in Northern Region, North East, Savannah and Upper West Regions crisscrossing the various constituencies in their regions to garner support, to court voters and to explain the need to give His Excellency the President and the NPP one more term.

“Where there was the need, they ‘imported’ support from the National Party hierarchy into areas they deemed difficult.”

The statement observed that in the Upper East Region, “It was only a few Regional Executives who in the last month to elections found time to move across all the 15 constituencies engaging floating voters and influential persons in those areas.”

According to the statement, Mr Namoo concentrated in the Nabdam Constituency where he said he would relinquish his position as Regional Chairman of the NPP if the Party lost the Nabdam Parliamentary seat.

“This may explain largely why he chose to pitch camp in Nabdam virtually becoming the de facto Constituency Chairman and determining who was fit to be in the campaign of the Party or not.

“It is therefore based on this that we call on him to honourably resign from the position and allow for a smooth re-organisation of the Party in the region,” the statement said.

It stressed that “Our call is not made because we dislike him. It is rather made because we want to rebuild the NPP to the level that made it attractive for him to seek leadership which we graciously granted him by campaigning for and voting him at the April 2018 Regional Delegates Conference.”

The statement also commended Mr Abdulai Abanga, the Member of Parliament elect (MP-elect) for the Binduri Constituency, saying “We wish to commend the executives, MP-elect and people of Binduri for saving the face of the Region by winning their seat.”

AMERI deal: Gov’t must ensure a successful take-over by VRA –...

It’s Only Akufo-Addo’s Gov’t That Can Fulfill Pledge To Pay Us”...

Is China really taking over Africa? Who should be blamed, leaders...