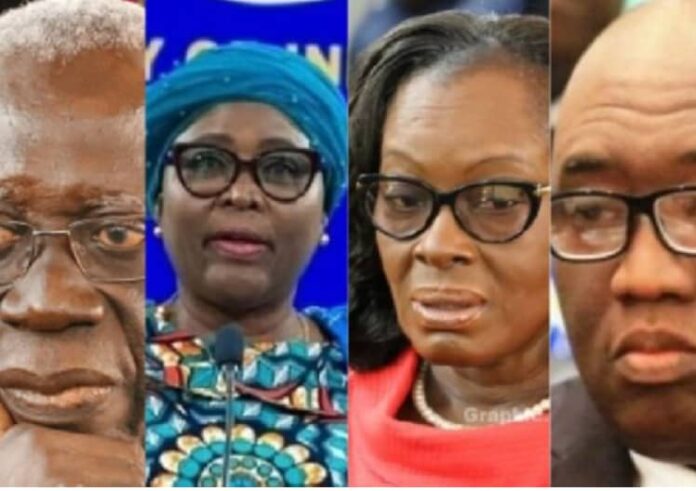 Some former ministers of state will not be part of President Nana Addo Dankwa Akufo-Addo’s new administration.

This was confirmed by the list of minister-nominees released by the presidency on Thursday, January 21.

After the president was sworn into office for his second term, he decided to reduce the number of his ministers from 126 to 85 in response to long-standing criticism.

Due to this, some ministries in his first term have been realigned while seven other ministries have been completely scrapped.

“The President of the Republic, Nana Addo Dankwa Akufo-Addo, has submitted to Parliament for prior approval, through the Speaker, Rt. Hon. Alban Sumana Kingsford Bagbin…” a release from the presidency signed by Eugene Arhin, Acting Director of Communication said.

Check out the names of ministers who have lost their jobs, and will thus not be returning to their offices.

Check out the full list of ministers for Akufo-Addo’s second term below:

Easter must reawaken our passion for dev’t – Bawumia

Kennedy Agyapong drops names of those engage in galamsey

Using Conman to describe Mahama was inappropriate, i withdraw it –...

$150 Airport testing fee was a standard set to prohibits ….Richard...