It was the plan of MTN, organisers of the MTN Festival of Nine Lessons and Carols held at the Fantasy Dome at the weekend to among other things, present a Carols Night with an authentic Ghanaian flavour, and they were spot on, many patrons have said.

From the songs performed by the various artistes to the drama piece presented by the ever-improving Roverman Productions, the show reflected everything Ghanaian.

The group’s hilarious portrayal of the birth of Jesus Christ in a typical Ghanaian setting impressed members of the audience, both at the event venue and online, as the actors and actresses sang, danced and used current Ghanaian terms that easily excited the audience. For many patrons of the show, Ebo Whyte’s Roverman Productions was simply good.

In the music segment of the show, popular singer, Kuami Eugene and all the other musicians on the bill presented some of the most popular western Christmas carols in different local languages and also sang some original Ghanaian songs in various languages. 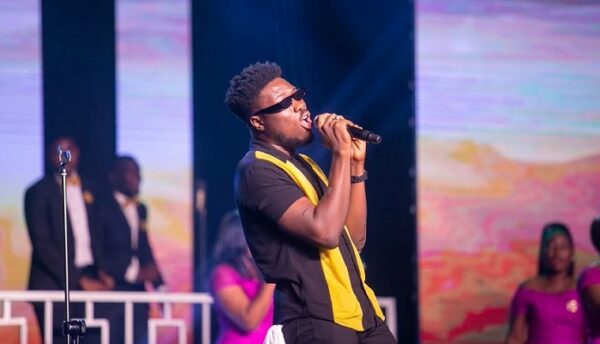 The other artistes on the line-up, Drew, Kurl Songx, Achiaa, Adepa, Gabi Nova, and Lasmid also sprayed some energy into the atmosphere as they took turns to rock the stage.

MTN’s ‘home’ choir, the Viva Voices gave the Carols Service the choral feel with some well-rehearsed songs that got the audience tapping their feet and waving along.

Comedian and MC for the show, Foster Romanus did not disappoint – he sang, danced and generally entertained the audience as he laced his presentations with witty jokes that tickled the people.

For those watching from outside the venue, the MC dished out free airtime in what was described as the “fastest fingers” segment of the show, which was MTN’s end-of-year goodies to its customers and patrons of the show.

Quite understandably, members of the audience at the venue were relatively few due to COVID-19 restrictions, for which reason one could not feel the charged atmosphere that usually characterises such powerful shows. Nonetheless, the various comments by the patrons online indicated that the event was an exhilarating one for the patrons.

This year, 2020, has been a difficult one. MTN and some of you have faced difficulties and we thank you for your patience and loyalty. We are blessed to be celebrating this occasion together. Hopefully, next year, 2021, will be much better,” the Chief Executive Officer (CEO) of MTN, Selorm  Adadevoh stated.

Your arrears’ll be paid immediately after Easter – GSFP to caterers

INTERESTING: Read how Isaac Adongo got the attention of former President...

Bulldog allegedly picked up by BNI over comments made on UTV

Musician stabbed to death by colleague