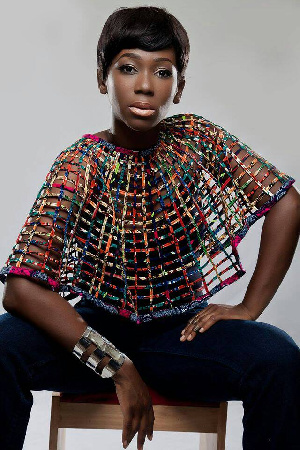 Ghanaian actress, Ama K Abebrese has waded into the controversial comments made by the Ashanti Regional Chairman of the New Patriotic Party, Bernard Antwi Bosiako a.k.a Chairman Wontumi.

According to the actress, the comments made by Chairman Wontumi are not only unpalatable but inappropriate and abhorrent, especially because she is just a child and Wontumi’s comments had sexual innuendoes.

She said for someone in frontline politics to make such inappropriate comments about a 13-year-old child is disturbing and it doesn’t matter whose child it is, wrong is wrong and must be condemned.

Chairman Wontumi in a discussion on his radio station sort to advise John Dramani Mahama to stop flaunting his daughter who is thirteen years old on social media before someone does something to her. “So now what he does is that he posts his daughter indicating that she is now of age. Someone will catch her and do something to her for him to realize that if you have a daughter you will hide her,” he said on the radio programme.

It was on the back of this development that Ama K Abebrese made the post condemning the chairman for making such unfortunate comments about a child.

Over the last week, my attention was drawn to a video on social media about comments made by Wontumi, a chairman from the ruling party of Ghana’s NPP political party about the 13-year-old daughter of former President Mahama, and current flagbearer of the opposition NDC political party.

The unpalatable comments made in the Twi language, which can be translated as “so now what he does is that he posts his daughter indicating that she is now of age. Someone will catch her and do something to her for him to realize that if you have a daughter you will hide her.”

Womtumi’s comments in no uncertain terms are abhorrent and inappropriate. Especially when it is interpreted with sexual innuendo.

For someone in frontline politics to say such a thing about a young child is frankly unacceptable. Regardless of whether that child’s parents work in a bank, are farmers or a former President.

We all know it’s commonplace during elections time for political parties to throw jabs at each other. I don’t care about anyone’s political party and affiliations. Also spare me the political party supporters and their blind support of their leaders; but wrong is wrong, and children should be off-limits.

A few weeks ago, DJ Switch who is 12 years old and a little boy of about 2 years were subject to sexually inappropriate comments on social media by adults. Both the adults in question apologized.

There is a wider conversation about such comments about children in society as a whole. Some view these kinds of comments as just mere loose talk and some even justify them as harmless.

I got to thinking; that if a former President’s young daughter can have such comments said about her, then I’m saddened for the average child in Ghana whose parents and family may not have influence or be rich or famous. Who fights for them?

We all have to do our best to protect all children every way we can.

Maybe I’m just ‘too know’ as I have described online but I don’t think that such comments about children are acceptable, that’s just me.

Wontumi may or may not apologise for the comments he made. Or he may say that his comments were misinterpreted. Well, now the police will deal with it.

(PS. To the bloggers/journalists that will use this post for clickbait. Kindly do me the kind courtesy of just reporting factually without the skewed headlines).

Mount the witness box like Afari Gyan did – Suhuyini dares...

It’s Only Akufo-Addo’s Gov’t That Can Fulfill Pledge To Pay Us”...

NDC is the most dangerous party in Ghana – Mustapha Hamid

Nana Aba Anamoah blasts DKB for making a joke about her...