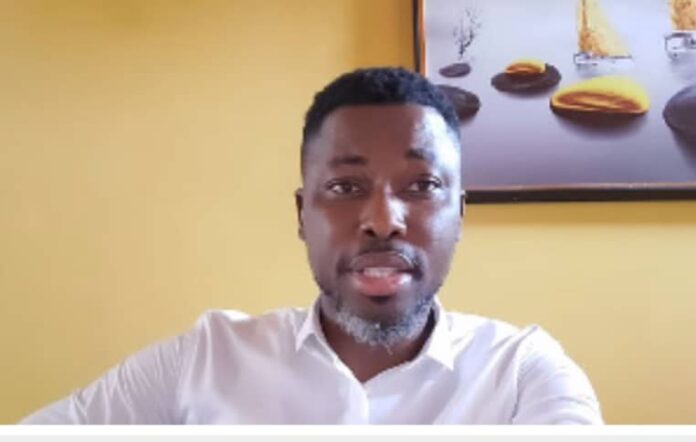 Kwame Asare Obeng, popularly known in Showbiz as A Plus, has given a vivid account of what started his public outburst with Bryan Acheampong, the MP for Abetifi Constituency in the Eastern Region.

According to him, from the days of following Nana Akufo-Addo during his first presidential campaign in 2008 until he won the 2016 general election and became the President of Ghana when the NPP decided to organize a concert in Kwahu, they chose to use some musicians who were not part of the musicians that were campaigning for Nana Akufo-Addo.

So he, A Plus, asked those who were in charge of the Kwahu concert why they did not include the musicians who toiled with the party whilst in opposition.

He explained that after he publicly criticized the party, they then requested that he should join the musicians going to Kwahu to play the concert but he declined.

The musician in a Facebook live video indicated that Maame Afia Akoto, the current Deputy CEO of MASLOC called him one day to tell him what the NPP communication team had discussed in their meeting concerning Bryan Acheampong, the current Minister of State at the Ministry of National Security, and urged him A Plus to do a dirty job on him.

“Maame Afia Akoto, the Deputy CEO of MASLOC, called to tell me that NPP communication team members have discussed at their meeting as to how Bryan Acheampong is stubborn, so they want me to attack him,” A Plus recounted.

“Immediately I was told that I increased my attack on Bryan. In fact, I attacked him left, right and centre,” adding that at the time he was not so ‘politically wise and mature’.

A Plus added that, after the NPP had won the 2016 elections, some party bigwigs told him again that Bryan Acheampong is likely to be appointed by the President to some ministry but they were also interested in that ministry, therefore, he should publicly vilify Acheampong. He did that with excitement because he had support from the top.

“Gabby Asare Otchere-Darko then sent me a screenshot of what Bryan Acheampong [had] posted on his Facebook timeline, but added that ‘oh look at what your guy has posted but ignore’. In politics, this is a trick. If he [Gabby] wanted me to ignore, he would have called to tell me not to attack Bryan again but he wanted me to see the post and get angry over it but at the time, I was not aware,” he stated further.

A Plus stated that he then got angrier and increased his attack again on Bryan Acheampong.

He explained that at the end of the day, Afia Akoto, Gabby Asare Otchere and their likes benefited but he, A Plus lost.

“I learnt this the hard way. So, I had to wake up one day, go to Bryan Acheampong and apologize to him,” he stressed.

After the swearing-in of President Nana Addo Dankwa Akufo-Addo on January 7, 2017, A Plus, on his Facebook timeline alleged that Bryan Acheampong, who became the MP for Abetifi (a prominent Kwahu constituency), had inflated the civil servants’ payroll with ghost names and was thereby robbing the state of millions of taxpayers’ money monthly. Bryan Acheampong did not take the matter lightly and threatened to sue A Plus.

The musician replied on social media: “Bryan Acheampong, you think I’m one of those cowards you threaten with court abi [pidgin]? I’ll show you guys I’m the strongest man in Ghana… You can have all the money in the world… you’ll never win a court case against me. I will not apologise to you. Now, I dare you to do your worst. Go to court. Apuuuu [to wit, hogwash].”

A Plus further claimed that Bryan Acheampong’s civil servants’ payroll software which he [Bryan] operated was “…an open secret, most NPP people know about but are covering up because it is owned and operated by an NPP person”.

In a quick response to the allegations, Byran Acheampong through his Lawyers, SORY@LAW issued a statement asking the musician to as a matter of urgency apologize within 24 hours or face a lawsuit.

“And please take notice that should you fail to heed to our clients demand from you within 24 hours from the date of this letter, we have our client’s instruction to take appropriate action against you, without further notice,” the statement read.

Mahama did not receive number of votes credited to him –...

Tempane: DCE handed 20 acre of plot to contractor for the...

Mahama files application for review of ruling stopping him from reopening...

JUST IN: NABCO Beneficiaries Worry No More About The Disappearance Of...

“I don’t think the opposition should determine taxes a sitting government...

Disregard the purported Ministerial appointment, is NPP plan to divide us-...

There is no constituency that His Excellency Nana Akufo-Addo has not...